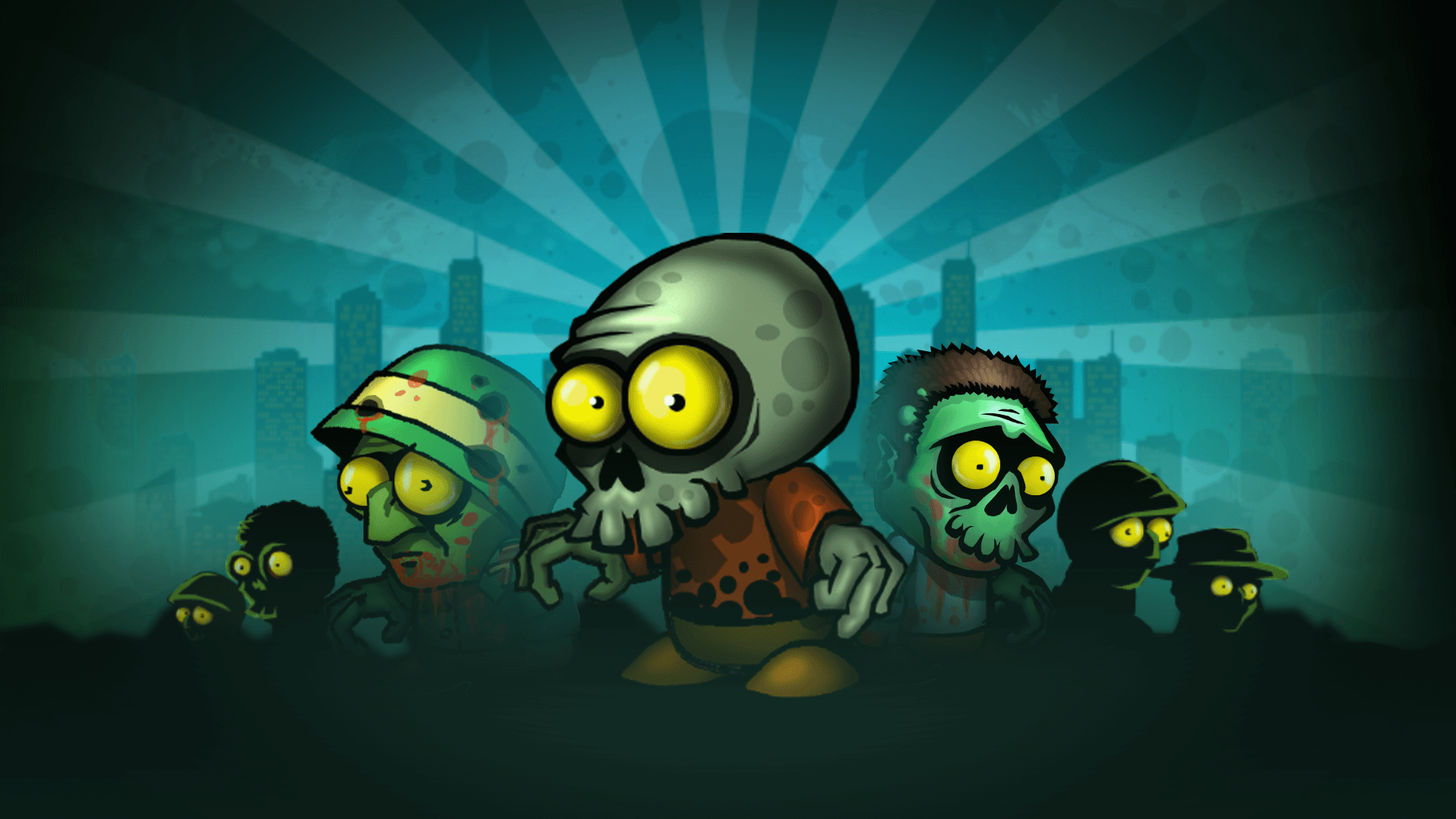 a criminal waste of the talent I know lies in the hearts of the staff at Awesome Games Studio.

Intro:
If there’s one thing which Awesome Games Studio are good at, it’s creating excellent experiences beyond their indie label. Back on the now dead platform which was the Xbox Live Indie Game Marketplace on the Xbox 360, the studio released an episodic series titled “Oozi: Earth Adventures”. It remains one of the most polished experiences in the XBLIG niche, with beautiful hand drawn artwork, outstanding animation, great music and smooth and compelling gameplay. Here we’re dealing with a developer who really knows how to make their games swell with personality, charm and character. It’s with great sadness then, that I report I, Zombie has none of that.

Review:
The premise of the game is fun enough: Take on the role of a solitary zombie, and traverse across a single-screen level to chow down on the brains of the uninfected, turning them into your zombie pawns. Then, with the tap of a button, you command your undead pals to follow you, stop and wait, or attack at will, starting with the nearest threat. And that is more or less the entire game, from start to finish.

Each screen gets progressively more difficult, as your would-be meals become less made of scientists and civilians, and more soldiers carrying automatic weapons. Eventually you’ll also have the task of avoiding automated turrets as well, which fire from their static position to any corpse whom happens to wander into their line of sight. Levels are presented as one full screen puzzle, and you have crates and buildings which allow you to move your Army of Darkness across the map whilst avoiding the soldiers’ lines of sight. Order your crew to follow you with X, tell them to stop with B, then – when the prey comes close to your ambush spot – hit A so they all swarm in and attack. Here you can use more zombies to your advantage, and deliberately place your character in such a way he takes a few rounds of your enemies firepower, so you have more chance of all of your lynch mob surviving. The more zombies which survive a level, the greater your up-to-three-star rating will be at the end of the stage.

There are a few quirks to the gameplay which show their skullcaps now and again: Having to reach and munch a scientist in the shortest time, avoiding the soldiers and turrets is how a couple of the levels are scored. Sometimes, you’re in an impossible position at the start of a stage, and you’ll have one zombie elsewhere, which you gradually bring to you with the simple follow-wait-attack commands. But overall, that’s the game in it’s entirety.

The problems don’t lie with the gameplay, such as it is. The problems lie everywhere else. First of all, the single screen nature – something I do enjoy in puzzle games – means the character sprites are all a little too small to enjoy their artwork and animations. It all looks very basic, despite the fact I, Zombie has had some additional lighting effects and graphical polish since the initial release on other platforms. Secondly, there’s nothing to be invested in. The game works, is moderately fun for about two hours, but then it’s over. No epilogue, no character, no charm. Finally, there’s a severe lack of content for a game of this type, as there are only a few dozen levels. As the fun wears off though, that may turn out to be a blessing.

Achievements:
Very simple; can be mastered in three hours. You'll need to beat the par times on each stage, but they're easy to figure out, and if you can't there are guides for these short levels all over the web.

Overall:
I, Zombie manages to score just higher than average due to it’s low price point and the fact you can finish it – and gain all 1000 gamerscore – in less than three hours. It’s fun in it’s own way, for a while, but I think the developer would be better off remastering Oozi into one non-episodic game and bringing that to a new audience. What we have here is not only a middling game, it’s a criminal waste of the talent I know lies in the hearts of the staff at Awesome Games Studio.