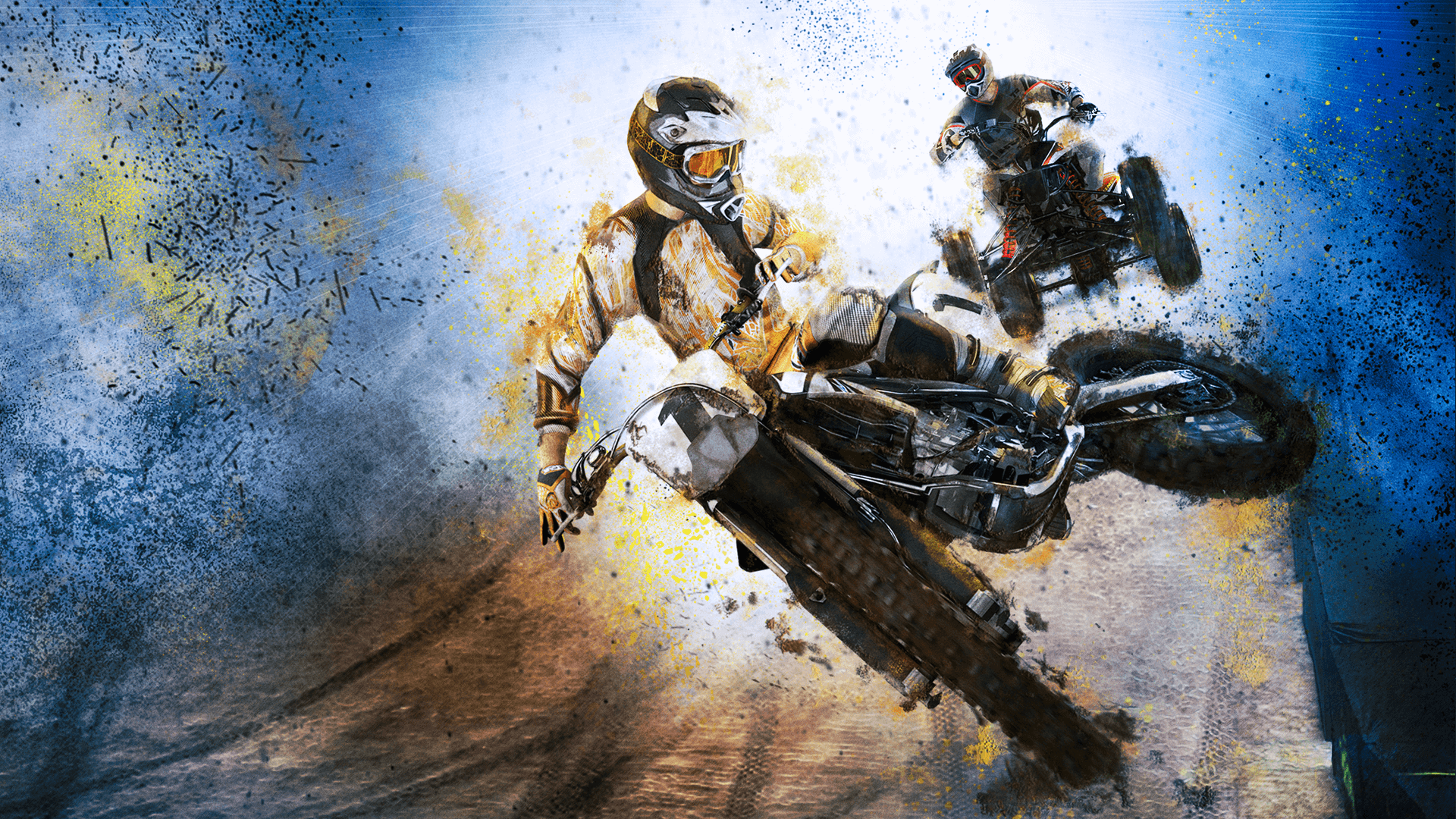 If you’re considering upgrading from the previous version, don’t even think about it.

Intro:
Every year or so sees the release of another fun-but-basic MX vs ATV game. In 2016 we saw a slightly stealthy re-release of the Xbox 360 game from the year before: You race motocross bikes and all terrain vehicles against each other for a few laps through dirt, sand and mud, pulling off stunts over the multitude of ramps and jumps whilst trying to finish ahead of the other eleven competitors. New to the ‘Supercross’ sequel and remaining in this ‘Encore’ edition, are stadia packed to the roof with fans, watching you smash your face into the dirt for the umpteenth time as you misjudge the whoops and bends.

Review:
The MX vs ATV games have been around for a long time – since the PS2 was next-gen technology, even. By and large, each game has remained the same, with a few technical tweaks here and there as consoles became more powerful over the years. It comes as no surprise then, that this is almost identical to the Xbox 360 game it’s based on. The previous years release, without the ‘Encore’ in the title, is practically the same experience as you have here. There are a handful of extra tracks built around a new ‘free ride’ level, which is exclusive to the Xbox One, and a marginally sharper resolution. But the frame rate is still locked at 30fps, you’re still looking at the same track textures and you’re playing the same game modes. This kind of laziness just doesn’t cut it for a re-release I’m afraid.

Going back to MX vs ATV Reflex, four titles before this one, apart from some new layouts very little has changed. The tracks are the same graphically and physically, barring the addition of stadium tracks, a couple of new outdoor courses and ‘Rhythm’ races (drag races with peaks and troughs). The existing locations from previous games use the same textures and, despite what the press release says, the same physics. The freeride stages are completely pointless apart from grinding out a couple of achievements. At least in Reflex you could find hidden bike parts there; not now. They are empty wastes of space. Worse still, three of them were built several games ago and haven’t been altered at all. Even the spawn points are identical, and the texture pop that was prevalent in the 360 open worlds remains.

Despite my gripes with the general lack of polish and original content, if you were to come into this game as an outsider having never played any of the series before, you’d be reasonably entertained by the package. Races around both the indoor and outdoor tracks can be hectic fun when played on the more challenging difficulty levels, with twelve rides all trying to get around the same corner at once likely to result in some bad accidents – which can feel great if you’re the one to ride away from them. As well as steering on the left stick as you would expect, a staple of the series is its ‘Rider Reflex’ control. You use the right stick to balance the rider on the bike, and combining a gentle turn of the handlebars with a smooth lean using both analogue sticks can result in some fast and smooth slides through the mud which feel satisfying to pull off. It takes practice though – for the first few races you’ll be wondering why you’re losing so many places in the corners, but when it clicks and you get just the right balance of control, once again the feeling of satisfaction comes through.

Graphically the game is embarrassingly Gen 7, with a small resolution increase being the only noticeable change from last years title. There are some cool touches, but these have been around for several games now. My favourite is the deformation of the tracks as you race around them: Corners will become noticeably churned, with grooves forming along the racing line, and your bike or quad physically cuts through mud and sand and leaves grooves on the top of jumps as you shift your rider’s weight to get the best line. It’s worth bearing in mind that this technology has been around for a while now – the snow stages in Dead or Alive 3 on the original Xbox thirteen years ago was where I first saw it – and they’ve not beefed up the effect with the extra power of the current consoles. It’s worth mentioning that the game is audibly weak too, with generic punk-pop guitar bands gracing everything from the title screen to the freeride environments. The effects are extremely pathetic too, with engine and environmental noise sounding less realistic and exciting than the excellent Moto Racer 3 back on the PS1.

Let’s take a look at content, then. As well as a career mode which sees you taking on groups of eight to twelve tracks in a series of different competitions, from 125cc dirt bikes to 450cc quads, you also have the standard single race and freeride options. Multiplayer is supported locally for two player split-screen across all of the games locations and race types, and comes with a full complement of AI drivers so you can set up your own competitions with family and friends. Of course there’s the option for online multiplayer too, with support from two to twelve players in one lobby. The gameplay is identical to the single player portion of the game, and doesn’t have any extra party modes or the like. You can play in freeride with up to twelve players as well, but an absence of being able to set up capture the flag style competitions or impromptu races just leaves it feeling largely pointless, as there are no world objectives, cooperative or otherwise. Neither is there a camera mode, for taking pictures of synchronised stunts for example. To top it off, there’s a £44.99 all-in-one DLC bundle full of extra tracks and vehicles. As this is a re-release of a last-gen game, you would think the developer and publisher would put greed aside to bring us a more definitive version. Alas, no: There’s enough DLC here, available from day one, to almost double what’s already in the game. A game which went on sale at less than £25. Makes the £32.99 Fallout 4 season pass seem almost reasonable, doesn’t it?

Achievements:
You're going to have to do a bit of everything, including playing 50 online races and winning 25 of them, to get the completion. Working your way through the career is a thing, of course, and you'll also need to mooch around in freeride for a pointless 100 miles. Perfect your stunts too!

Overall:
Everything considered, MX vs ATV Supercross Encore is a disappointing package. Taken on its own merits, playing the game is a bland exercise in mediocrity. Fun, but fleeting; seen it all before, several games ago. Taken as a marginal rehashing of an older game, and weighing it down with the ridiculous DLC and the general feeling you may as well be playing a backwards compatible game instead, I find very little to warrant a purchase. If you’re considering upgrading from the previous version, don’t even think about it.