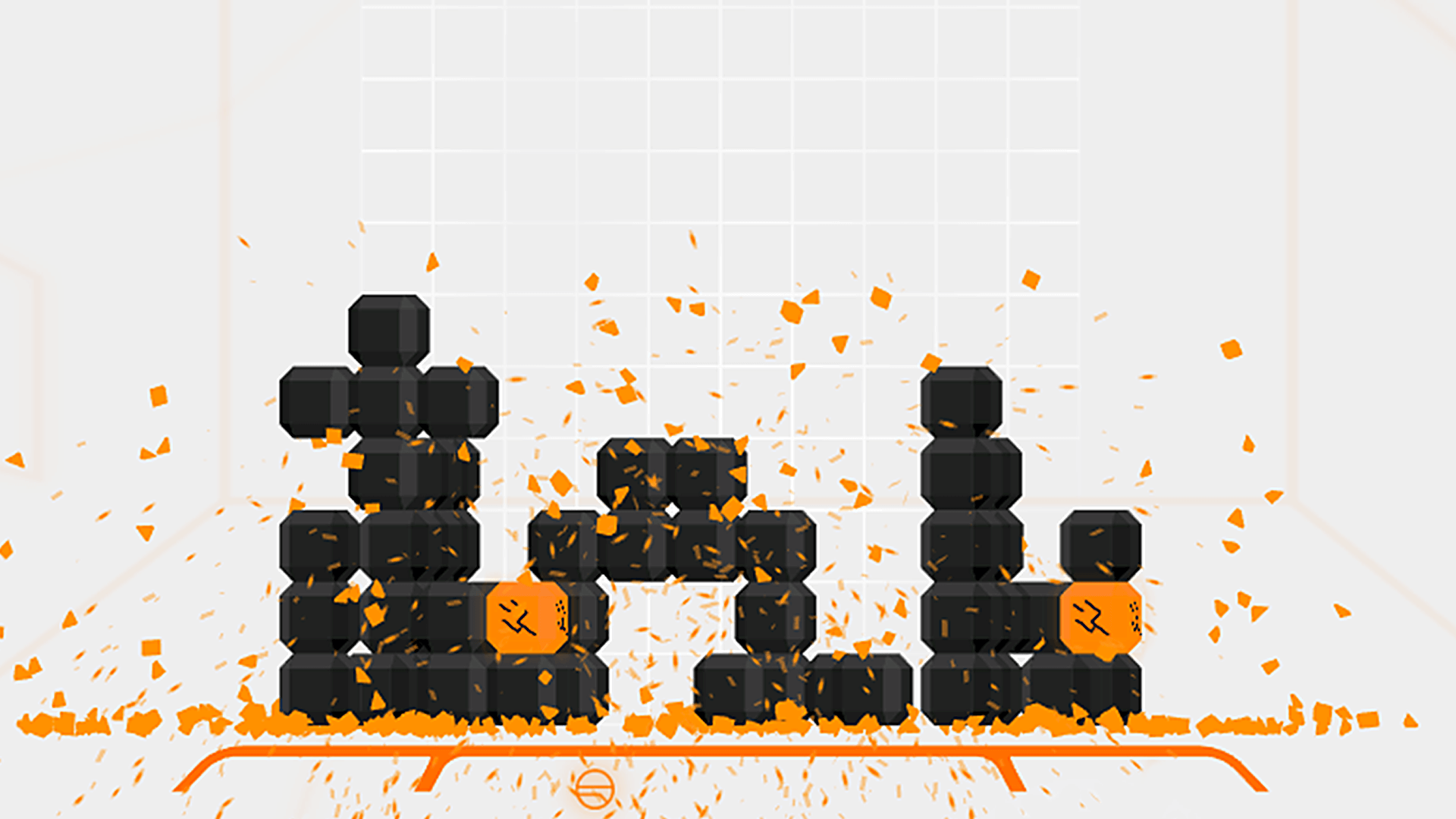 Intro:
I’m going to pretend for a moment that no one has heard of Tetris, a Russian puzzle game created by Alexey Pajitnov. Contrary to popular belief, Tetris appeared on more than twenty systems – including an arcade machine – before hitting Nintendo’s Game Boy in 1989 and becoming a global phenomenon, along with its seminal musical score. In Tetris, you have a single screen which acts as a large, empty jar. From the top of the screen fall ‘tetrominoes’ – Shapes made from four identical square blocks, attached together at right angles to create different pieces. These fall downwards, one at a time, and can be moved left and right across the screen as they fall, and rotated in 90 degree snaps. When the piece hits the bottom of the jar, it sticks there, and another piece falls from the top of the screen. The objective is to create solid rows of blocks across the screen, and when you do the row disappears and everything above it falls down into its place. You get points for clearing multiple rows at once with clever piece placement, and the more rows you clear the faster the pieces fall. Your only objective is to get the highest score possible by completing as many rows as possible (known as ‘lines’ in Tetris), before you run out of space and the game is over.

Review:
Quatros Origins is Tetris in all but name. The mechanic is identical, the objective remains the same and the plain block colours pay homage to its inspiration. It does, however, feature two slight differences to the core game. One of these is revolutionary – in a very literal sense – and the other is a mistake which many Tetris clones make.

First of all, let’s cover the bad. Almost every Tetris clone I’ve played, from Vioris on the Commodore 64 to this, on the Xbox One, attempts to spice up the formula with a stupendously idiotic dick move: They add extra blocks. Tetris works, and has always worked, because every shape is made from four square blocks. This means the pieces will all mathematically and physically fit together. Any shape can interlock with any other without leaving gaps – The gaps you do get are down to your bad judgement in where and how you place the pieces together as the blocks fall faster and faster over time. The very name of the pieces, tetraminoes, is derived from the greek ‘Tetra’, meaning ‘four’. When you start to create shapes out of five and six blocks, you lose the element of the puzzle which is the most important: It’s always solvable, you just have to be able to keep up. With the shapes found in Quatros Origins, you will get pieces which fall in that require luck to be able to make them fit. You often have no choice but to leave a gap in your puzzle, which removes the element of skill in completing them. Sometimes bad luck just throws you crappy pieces and there’s nothing you can do to recover.

Be that as it may, we now need to cover the good. Quatros Origins has a great mechanic which must have been a bitch to programme. Imagine your normal game of Tetris, as outlined above. Now imagine you’ve got a transparent perspex cube, and the puzzle is pasted onto one face of that. After dropping in your first piece, the cube rotates 90 degrees to the left, and your next piece falls on that side. It then rotates again, and your next piece falls in, but because the cube is transparent, you can see your first puzzle in reverse through the face of the cube, and any pieces you can line up with the present face count, even though you may have dropped them into a different face.

I know that sounds confusing, but what you have is a rotating Tetris puzzle where all the pieces on display count. It sounds like a ‘mare, but it really works. It’s just an unbelievably well executed mechanic which genuinely brings something new to the block-puzzle genre. The scoring system is also slightly revamped, with bonus blocks which act as a score booster when they form part of a complete row. There are some nice graphical touches too, such as the exploding block particles when you clear multiple rows, striking neon colours across the screen.

Add into this four separate game modes – Normal, Hardcore (i.e. faster drop rate), a limited piece mode and a bizarre experimental mode where you can’t rotate your pieces, and you’ve got all the ingredients of a great puzzle game. You can even get the folks around for some four player target driven simultaneous shenanigans, which is fun while it lasts.

Achievements:
There are Achievements for beating various score targets in each of the modes which will keep you playing until you’ve done them, and online high score tables for bragging rights over friends. It's not a tough completion, a few hours at the most.

Overall:
Even with the dodgy non-tetra pieces, it’s still the best Tetris clone I’ve ever played, and the price point is exactly what it should be for a game of this type.

If you’re looking for an addictive Tetris clone that’s polished and inexpensive, it’s hard not to recommend Quatros Origins.