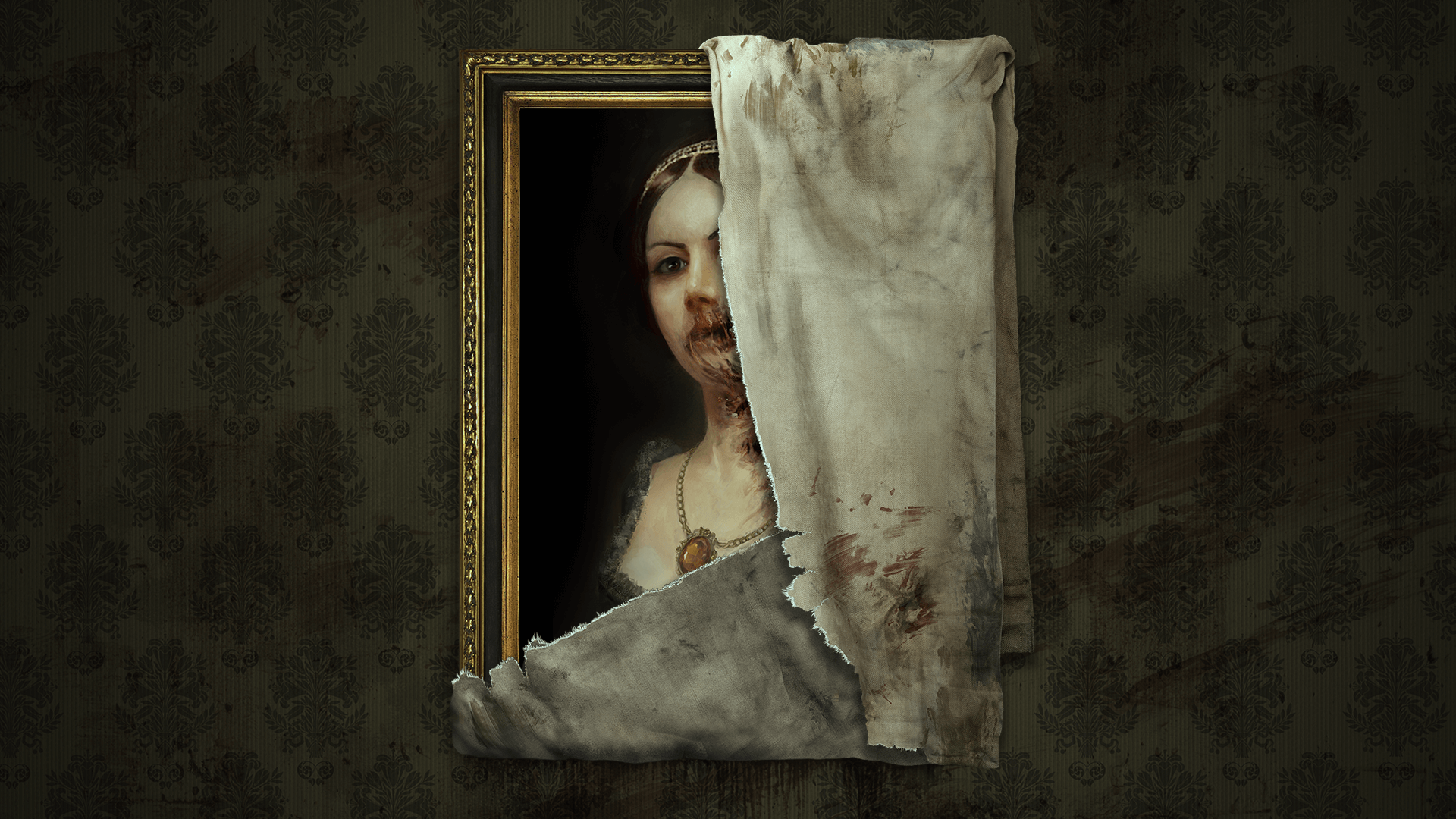 If you crave for the days of classic horror games such as Scratches or Silent Hill, Layers of Fear delivers in spades!

Intro:
Sometimes, you don’t want something original. Sometimes you just want a good, old fashioned experience which excels at what it does. A few flashes of genius, sure, but you’re here for the core experience. Take horror films for example: You can watch Ringu or Ju-on for their psychological scares. You can watch John Carpenter’s 1982 remake of The Thing to be grossed out by hideous beasts. But sometimes, all you want to do is watch Jamie Lee Curtis and her friends running away from a man in a white mask carrying a kitchen knife.

Review:
Layers of Fear is a horror game. It’s a horror game set in an old, spooky mansion. Many of the rooms are barely lit, with dancing shadows and dark corners. There’s a storm outside (of course there is) and as the rain batters the windows, flashes of lightning briefly blind you, the thunder which follows embarrassing with its cheap jump scare. It’s a horror game where its cards are less up its sleeves and more on the table, face up, in suit order. An old, haunted house in a storm in the middle of the night, complete with slamming doors, self-rocking chairs and ‘it’s behind you’ moments.

Layers of Fear doesn’t hold many surprises for horror veterans, but you know what? That’s ok. Because it knows what it is, and it’s brilliant.

Perhaps taking a page from the T.P. demo which Konami released on the PlayStation a short while before this was released, which in turn was meant to be evocative of the terror experienced in their seminal Silent Hill series but brought into a player’s eye viewpoint, Layers of Fear is played entirely from a first person perspective. This restriction places a much greater emphasis on what you’re focusing on at any particular moment in time, and does an astounding job of keeping you on the edge of your seat. Unlike in real life, where you can flit your eyes around independently of your head and turn your neck in a split second, first person gaming is restricted to how fast you can move your thumbstick around. It makes perfect sense for a horror game, as looking behind you takes a moment to achieve, increasing the feeling of dread and anticipation as you explore. And where better to achieve this than in a Rose Madder style hundred year old mansion? (Author's Note: I originally reviewed this well before the Resident Evil series polished this to perfection in VII and VIII).

During the main game, you play the part of a once successful painter returning to his abandoned home. Without wanting to spoil the events and thus lessen the impact of the horror, it’s fair to say your character suffers from a somewhat fractured psyche. As you move through the highly interactive environments, opening drawers and cupboards and uncovering letters and documents which gradually reveal past events, you’re never sure if what you’re experiencing is real or just what your character thinks is real. This is a solid hook, as it gives the developer free reign to surprise and shock you when you least expect it without it having to follow a logical pattern.

Reality at times quite literally shifts around you, with environments changing in classic look-away-then-look-back moments. Like Stephen King’s Rose Madder, following a corridor you followed before my not necessarily lead you to the place you expect… As you do attempt to make your way through the ever changing stately home, you’ll come across countless collectibles in the form of news papers, documents and hand written letters. These all present various sides of your character to you as the player, the letters hinging on love and frustration while the papers report your genius as an artist’s and chronicle your successful rise. There are also hidden artifacts in the game, a whispering in the background giving hints to their location. When you find these you’ll unlock memories of your past, and get even deeper insight to who your are. It’s a great way to eke out the story, as it keeps you guessing about everything from your work and your family through to the very essence of what you’ve experienced and what makes you tick.

After an excellent exploratory prologue, the games chapters do become somewhat more linear, even though you’re exploring a huge mansion. It can feel like you’re just traversing from point A to point B just to reach the end of the chapter, which usually finish by reaching your study and adding more paint to your masterpiece. This actually focuses the horror elements more acutely though, as it goes someway to avoid repetitive traversals through the same rooms and landings, which would lessen the suspense. These environments are brought to life by excellent artistic direction. The game uses the Unity engine to it’s fullest, with sharp details, great lighting and textural effects and slight chromatic aberration giving the whole experience that ‘classic horror movie’ feel. As ever though, my continuous gripe about Unity not running smoothly does keep rearing it’s head here and there, but on the whole it looks fantastic. The soundtrack features excellent music, from gentle piano pieces to the classic harsh strings embellishing moments of suspense. Other sounds are top notch, with creaking doors and floorboards to the crashes of broken glass and thrown furniture.

As a whole, the main Layers of Fear experience is fantastic, focused experience. There are even multiple endings for you to experience – at least three – and witnessing them all isn’t as clear cut as you’d think. You’ll be scared and you’ll be shocked, but you’ll desperately want to find all of the collectibles and see the whole story through to the end.

So let’s talk about the inheritance DLC, which is included in this Masterpiece Edition. Inheritance sees you playing the part of the artist’s daughter, returning to the same (but different, due to the events of the main game) house she grew up in. Once again, classic jump scares abound – a little too often to be repeatedly effective, to be honest – and once again you uncover the plot as you play through. That’s where the similarities end, however, as the way the story unfolds here, again in different ways depending in your choices, is set uniquely apart from the base game.

As you wander through the old mansion, you’ll uncover areas and objects which bring back memories of your childhood. These memories act as the most important part of the DLC, as they directly reflect the outcome of the game. You see, the daughter’s opinion of her father is different depending on the actions you take during a memory sequence, and after the sequence that memory becomes set in stone – it becomes real, and we’re to take those events as what actually happened. To use an early example (not much of a spoiler, fret not): you recall your father behaving in a way which frightens you, so during the memory you find yourself sitting in a closet. If you remain there, he’ll come and find you, and feel sorry for you and apologise for his behaviour. If you choose to take the key and lock the door so he can’t get in, he’ll rage even more. Whichever action you take influences your memory, determining whether you saw him as apologetic or not. In turn, these events determine the direction the story will take, your choices being chronicled through drawings depicting your decisions.

Achievements:
You'll need to play all the way through the game obviously, but I recommend a collectibles guide whilst doing so. There are various little things tied to achievements tucked away around the mansion, and missing one would necessitate another playthrough.

Overall:
The Inheritance package isn’t a particularly long tale – a couple of hours at most, really – but it’s succinctly told story is satisfying, and helps to reveal even more about the family and its unorthodox history. If you’ve never played Layers of Fear, this is where you should jump in. It’s a more complete package than the base game alone, and if you crave for the days of classic horror games such as Scratches or Silent Hill, Layers of Fear: Masterpiece Edition delivers in spades. In the run up to autumn, it’d be great to crack out at Halloween on the big screen with surround sound, letting your family all take turns scaring each other half to death!