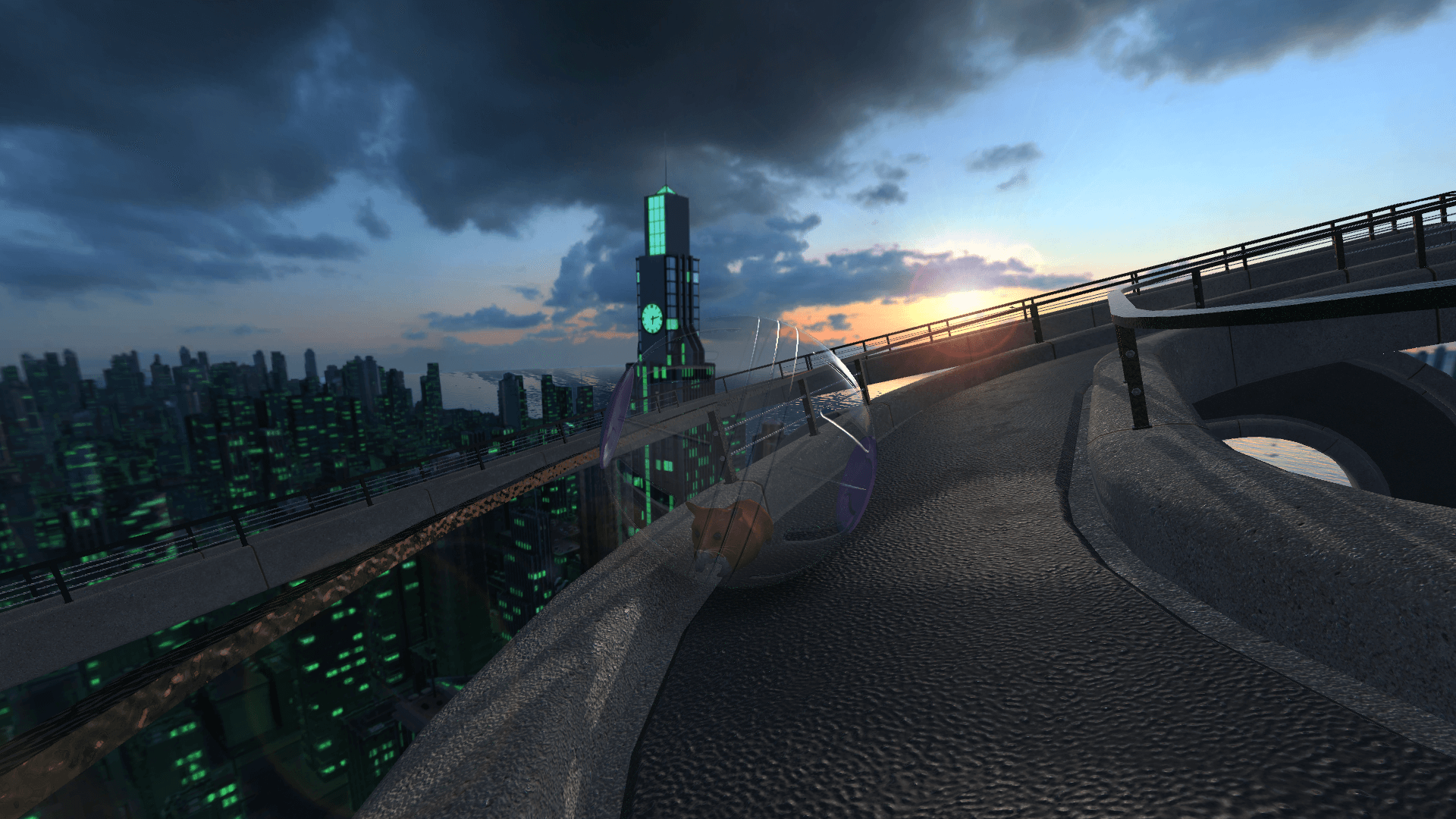 Hampered by terrible camera implementation, it becomes a chore to progress through.

Intro:
Once in a while, you don’t need aggressive AI opponents and automatic weapons to provide tense, rewarding gameplay. Time trials have been around almost as long as video games themselves, pitting the player against the clock in a heart pounding race to the finish. Modern examples of how it’s done right include Super Meat Boy, Trials Rising, Dirt Rally 2, and the pulse quickening qualifying sessions in F1 2022.

One of my favourite examples of this genre have always been the marble racers: Marble Madness of course, and the addictive and quirky Super Monkey Ball. Modern classics we’ve had include the astounding Marble Blast Ultra, and the smooth and brilliant Mercury HG+. These games give you an object which you must roll to an exit point, through a maze of ledges and contraptions, without losing it over the side of the playing area AND finish quickly enough to get the fastest time and an elusive gold medal. Often, levels are numerous and start out short and easy, building into impossible structures and routes which require quick thinking and perfect control to navigate.

Review:
Momentum is the latest game to hit the marble racer subgenre, and marks itself out as being ‘challenging’. That it is, but for mostly the wrong reasons. The game has around ninety or so levels, but good luck getting through even ten percent of that number before you turn it off in frustration. It’s not that the stages which are difficult per se, but that you’re fighting something other than the clock or the track, something you really shouldn’t be: The camera.

All camera control is Momentum is manual, and it makes following the ball around the various twists and turns an unimaginable nightmare. You see, this game isn’t set out on planes such as Marble Blast – every track is something of a rollercoaster, suspended high in the air, and with your left thumbstick you tilt and rotate the track around, trying to influence the flow of your marble. It’s a ‘simple’ matter of moving it from A to B, but their isn’t any restriction on the tilting of the track, you can flip it all over the place. So, most of the time, you’ll be facing the insanely steep learning curve whilst your marble careens off into space again because you haven’t rotated the environment fast enough. Now, I’m all for this mechanic, it’s good fun, but you also have a little control over the marble itself, being able to apply brakes with the left trigger and even cause it to jump with a tap of the A button. This dual control takes a little getting used to, and in and of itself it’s a challenging but rewarding experience.

During the first five stages, which act as tutorials to the game’s mechanics, you’ll be thinking (as I was) that you’ve found something of a gem of the genre. Then you’ll hit the first proper stage, and realise Momentum’s learning curve is steeper than one of it’s 90 degree drops. The only way you can successfully move around the track is by being able to see the ball, and the only way you can see the ball is by constantly adjusting the free-cam on the right thumbstick. When you combine that with tilting the track and controlling the marble, it adds an extra layer of difficulty. A completely false and totally arbitrary layer, which you’re fighting against but shouldn’t be. An ideal solution would be to have a lazy follow-cam, which follows the marble in the direction it’s rolling, but isn’t glued to the back of it, taking a moment to adjust as you navigate twists and turns. Think "chase cam" in driving games, and how the camera behaves when drifting around a corner.

Achievements:
A challenge, as expected in this type of game. You'll need to get fast individual level completions, as well as finishing some levels without using the brakes to slow down the marble. You'll also need to finish a chunk of levels in a row without failing. On a great game these would be very fun to do, but the way Momentum is made, it makes them a chore to get through.

Overall:
As it stands right now, Momentum is a completely average example of the genre. The core of the game is solid and robust. The challenge and feeling of reward is there in full. Hampered by the terrible camera implementation however, and it becomes a chore to progress through. Hopefully, at some point in the future, the developer reads their feedback and tries to improve it. As it stands, I can’t recommend it, especially as a game which costs $12.