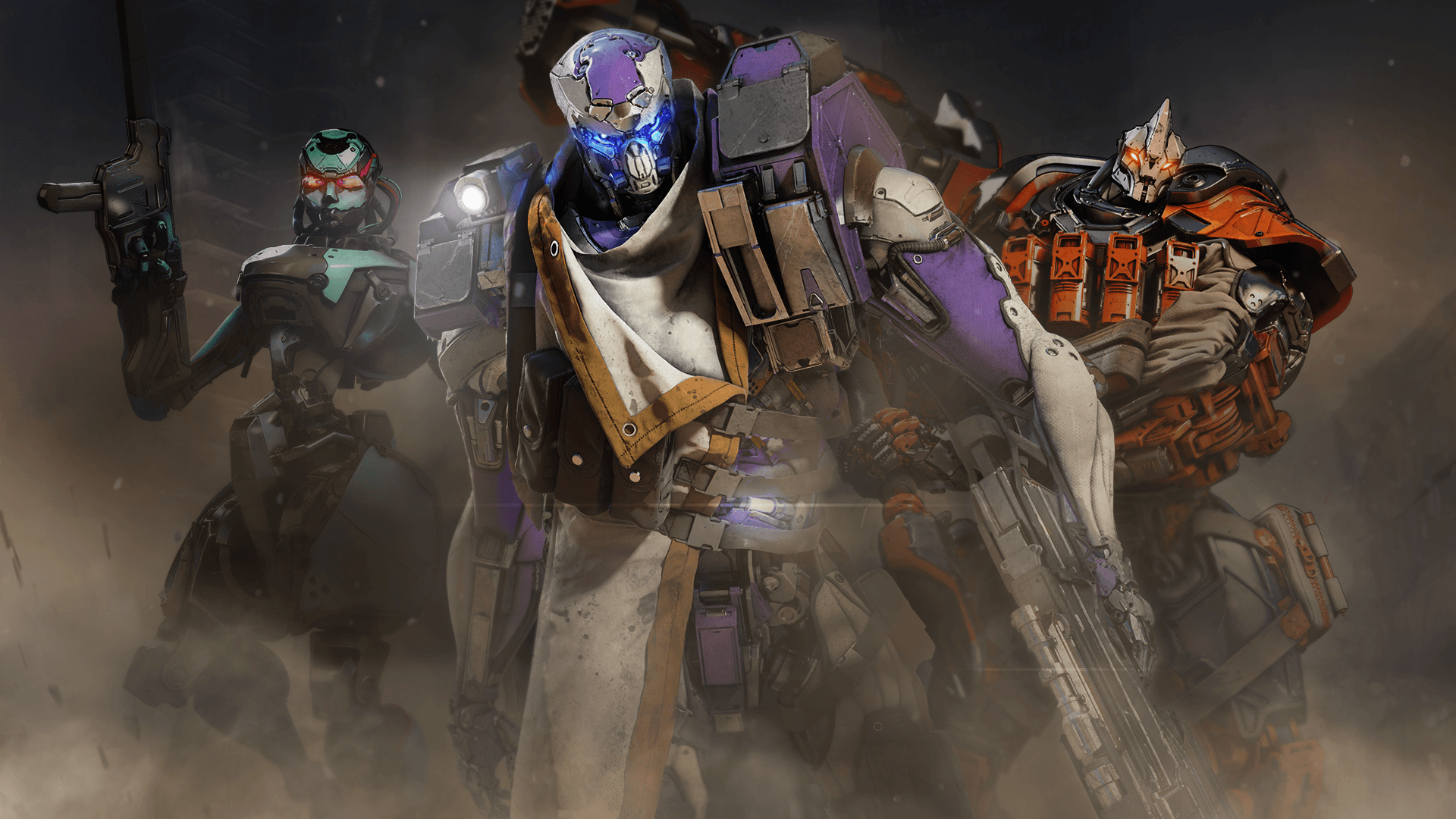 Something to scratch your itchy trigger finger!

Intro:
Wow, we’re becoming spoilt for choice when it comes to top-down shooters on Xbox One! Never has it been a better time to be a fan of the twin-stick niche, and now is as good a time as ever to check out the reviews before you buy; is Livelock more Neon Chrome, or Action News Heroes? Let’s dive in…

Review:
Set in a world where human minds have been planted into robot bodies, the game begins by giving you some back story to a pretty well thought out sci-fi plot. There’s a huge burst of gamma ray radiation about to pass through our solar system, which will strip away the atmosphere of Earth and leave it barren with 100% human casualties. Three volunteers, Hex, Vanguard and Catalyst, step forward to have their thoughts and personalities – their soul, if you will – implanted into robotic chassis. This will allow them to survive the radiation, and head out into the lifeless world on a quest to discover Eden, a device which is capable of returning life to the planet. Very much like the Garden of Eden Creation Kit from Fallout 2, in fact. You select your character, each one specialising in a different area and set out on your journey. Whether you play as Hex, the ranged sniper, Vanguard, the melee brute or Catalyst, a support class that’s mostly useful in the games full story, three player co-op, gameplay remains largely the same. But is it any good? Oh yes. Yes it is.

Waking up in a largely abandoned facility, your chosen character is guided by the voice of an AI as your mission begins. Behaving as a tutorial, this linear stage sets the tone for the game to come: Destructible environments, tight shooting mechanics, secrets and hidden stashes of loot to uncover and hordes of robotic enemies to slaughter. Each level has it’s own set spawns and events, which could be seen as a bit of a shame, as emergent events – such as those found in Diablo III for example – would have gone someway to keeping the gameplay compelling for multiple playthroughs. However, unlike Neon Chrome, a similar Dystopian sci-fi twin-stick shooter, Livelock isn’t a randomly generated rogue-like. It has a specific story to tell across hand-built levels, and replayability comes from how you play through those levels. Everything from whether you have to ‘reprint’, the game’s lore friendly way of respawning you, to how high you keep your kill multiplier up by burning through as many enemies in a chain as possible is scored. At the end of a level, you are handed a rating based on your performance in the above and other measurements, and that score is uploaded to an online leaderboard. This makes multiple playthroughs seeking perfection on higher difficulty levels an addictive and rewarding experience in itself, especially with beefed up difficulty during the hectic three-way online co-op.

As you score higher and complete levels, you’ll indulge in a little RPG-lite progression, your chassis gaining experience and unlocking new abilities and weapons as you go. Each chassis has unique abilities which enhance their efficiency and effectiveness in combat, and this adds a layer of depth to the shooting, destructive gameplay. These abilities and weapons can then be upgraded further by spending currency on them, which is gained through killing enemies and finding secrets in the game world. You can also switch between the characters as well, playing through the story three times in order to unlock everything, which you’ll need to do if you hope to get all of the games achievements.

Once you’ve exhausted story mode and leveled your character to the max, which will take you about a dozen hours or so, you may wish to indulge in the games excellently satisfying and eminently playable combat in a more direct way. Thankfully, this is possible through the Livelocks Open Protocol mode. A survival (that’s Horde for the Gears generation) mode with potentially infinite rounds, you choose your leveled character, a map and a difficulty setting and are placed into it without the option to reprint. The maps aren’t huge and are based in areas from the story mode, but that doesn’t matter as you won’t have time to notice. As the android armies approach, you’ll be fighting to stay alive while collecting health pickups and clearing goals. You may have to wipe out every enemy in a round, or take down a boss recreated from the campaign, and it’s a great showcase for just how fun and accessible the combat is. Again, achievements and leaderboards are tied to this mode and again it’s an addictive pull for those who love this kind of experience.

Whilst they don’t stand up to close range scrutiny during cinematics and the like, during gameplay Livelocks visuals are pretty good. From the lighting effects from weapons and scenery to the way walls crumble and cars fly through the air as you blow them around, the world feels dynamic and physical. Blowing away your enemies is totally satisfying in a way only a good shoot ’em up can provide, and effects and music are great to boot. The frame rate holds fairly constant, except at the most brutal of times during three player co-op, and the user interface is friendly, befitting of the sci-fi theme and easy to read.

Achievements:
You'll be completing the story, of course, and leveling up all three robots as you do. You'll also need to obtain all the collectibles too, so use a guide if you're unsure! Finally, you'll need to kill 10,000 enemies and play in three player co-op.

Overall:
With many hours of content, compelling and satisfying gameplay and a fantastic suite of campaign, online and survival components, if you’re looking for something to scratch your itchy trigger finger this October, I can’t recommend this enough. It has a solid story, good looks and great gameplay, and getting all of the games satisfying achievements will take you around thirty to forty hours. At a price of less than £20, if you’re even remotely curious then you should buy this right away.