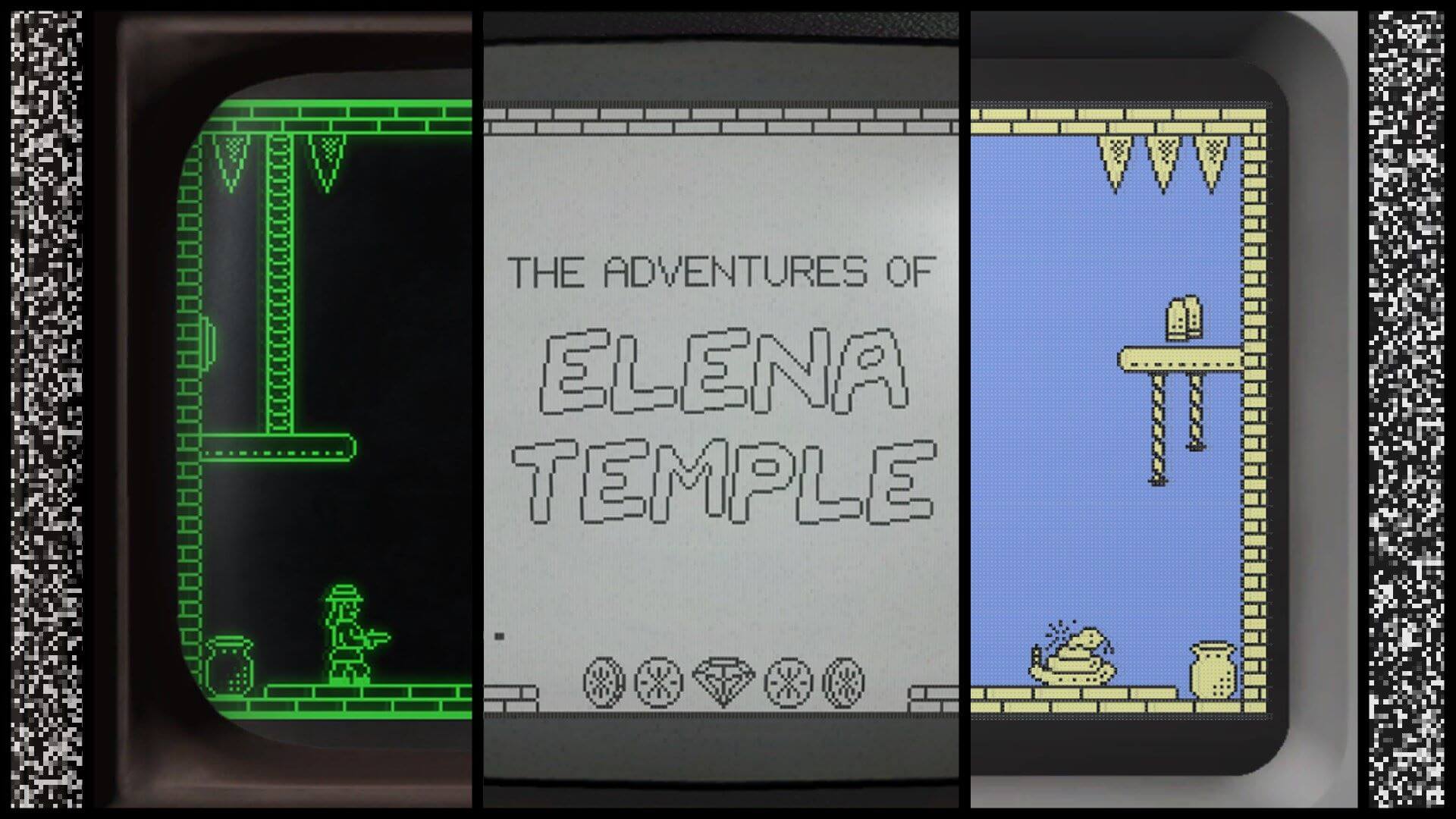 cheaper than a large BigMac meal. Jump in!

For less than a fiver you get a 2d platformer and both expansion dungeons, disguised as a forgotten retro game. It is retro in style, but contrary to the comedic 'history' displayed on the title menu, the earliest release was on the Switch last year.

As the titular Ms Temple, make your way through flick screen rooms collecting coins and gems in order to reach your goal in the final room: a golden chalice. Shoot or avoid enemies, solve simple button based puzzles and don't hit your head on the spikes as you break pots and search for secret rooms to find every pickup you can.

Don't worry about dying (except for achievements: See below) as you have infinite lives, and always spawn either at the room entrance or the last pickup, whichever was the most recent.

The game isn't hard and can be completed in one sitting, but the seemingly open map does have a few points where there's a set route to follow, which could lead to some frustrating back tracking if you miss a pickup.

The game has a unique selling point: You can apply one of several retro filters styled after the home computers and handhelds of yesteryear, which are fully rendered around the playing screen as well as simulating things like scan lines, shadowing and screen warp.

Achievements
May seem daunting at first, but not too difficult.
You'll need to finish the game several times over in order to get them though. They include completing the game in less than 40 minutes, not dying more than 20 times, as well as ones which aren't compatible with those runs, such as killing many enemies and finding every single pickup and hidden rooms containing scrolls.

I'd estimate about 5-6 hours without a guide.

Unless you cheat of course! Yep, you can double jump your way out of the map to get most of the speed run and no death achievements right off the bat.

Overall
Nothing new here and the jumping can be a little off, but it's solid enough. The game has a good soundtrack, it doesn't out stay it's welcome, it's very fair and has reasonably challenging cheevs. Also, it's cheaper than a large BigMac meal. Jump in!