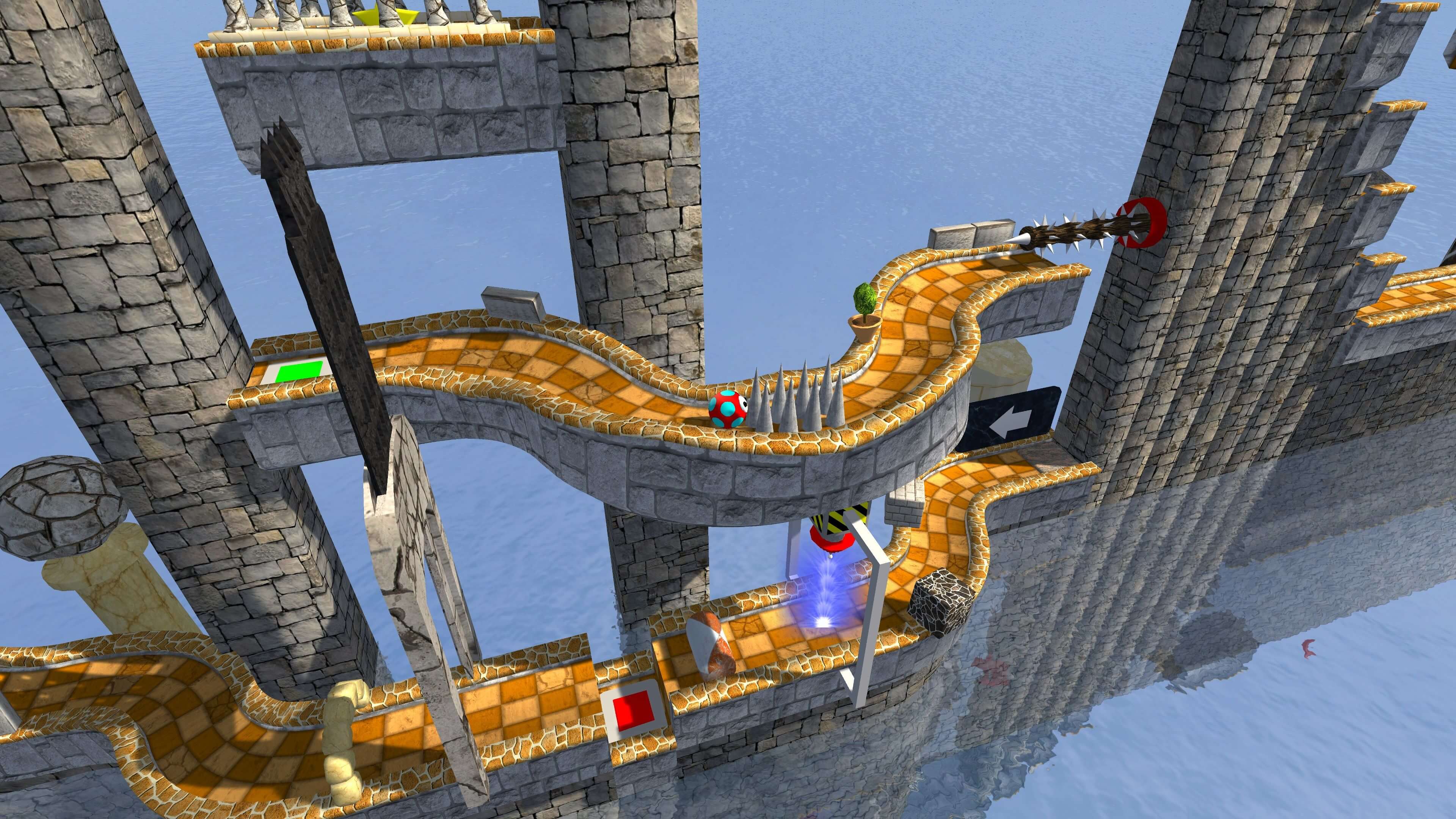 Easy to play, a decent completion and it's cheap as chips.

Intro
On a Roll 3D is the latest re-release of a simple yet entertaining platformer, which first appeared back on the Xbox Live Indie Games service on the Xbox 360. Finding a genuinely good game was like searching for a needle in a haystack back on XBLIG, and for every Total Miner or Gateways, there was a dozen 'massage' apps or avatar ragdoll throwaways.

A few developers stuck out for creating polished, enjoyable games. Barker's Crest, Heartbit Interactive, Milkstone Studios and Battenberg Software spring to mind. It's the latter of these which, having also released
their titles on Steam, finally come back to the Xbox with one of their more memorable offerings.

Review
Let me get some things out of the way upfront: On a Roll 3D is not a complex game. At all. In fact, it has an achievement for completing the whole thing in one sitting, as you would have had to with the classics of yesteryear. It's also not a very original game, but then it wasn't designed to be. The game pays homage to Sonic the Hedgehog both with it's visuals and audio, and attempts to with it's gameplay, but the lack of momentum with the character physics and the straightforward level design means it plays nothing like it's obvious inspiration. That doesn't make it a bad game, though, with precise jumping (it still amazes me how many developers can't nail this), a gentle difficulty curve, varied environments and just enough challenge to keep you interested through until the final achievement pops.

There's no story here to speak of, no plot device, not even a McGuffin. You are a small, polkadot covered ball, rolling from left to right through six zones made of three stages each and a boss stage, with the only objective being to clear them in the fastest time with the highest score. It's pure family friendly platforming, with all it's tropes: You'll be collecting stars as you leap over spikes, dodge swinging balls, rush through lasers and bounce off springs. You'll be killing enemy balls, which have various movement patterns the further you progress, by jumping on them. Occasionally you'll have to backtrack to doors after hitting switches or moving levers, and you'll also be playing with physics as you push blocks and logs around to reach new places and complete puzzles. Spinning saw blades, moving platforms, jets of air to shoot you to new heights - it's all here.

Graphically the game looks hi-res, crisp and clean, and it runs locked at 60fps with no slowdown anywhere. Everything is bold and bright and clear, and the 3D tracks all look very Sonic The Hedgehog, complimenting the straightforward 2D gameplay. You'll never mistake an enemy for a spring, or have to attain pixel perfection to make jumps, or get stuck on a boss: The game wants you to have fun with it while it lasts, not get frustrated and make you rage quit.

If that sounds like a few hours of fun to you, then you've already made up your mind about purchasing the game. You should.

If you're still on the fence, there's two possible things to base your decision on: Price, and achievements.

The game costs £3.99. That's it. Less than four quid to add another platformer completion to your gamertag.

Achievements
It took me around 4 hours to finish the whole game including 100% of the achievements, which are just the right level of challenge to match the gameplay. Many will come with natural progression, for getting a certain amount of points or collecting a total number of stars, but there are 3 speedrun achievements for two individual levels and a boss, and one for finishing every level whilst getting all stars, killing all enemies, never being hit and never falling to your death. Thanks to a level select which keeps track of which ones you've perfected, all of those will come with a little practice, but they certainly aren't difficult. There's even a pause menu option to restart the game from the current level, specifically included for speed runners and achievement hunters to be able to retry without leaving the game.

Overall
On a Roll 3D is a good, polished game. It's four hours of fun on a Sunday afternoon. Easy to play, a decent completion and it's cheap as chips.

For the price, any platform enthusiasts, speed runners or achievement hunters should pick this up.