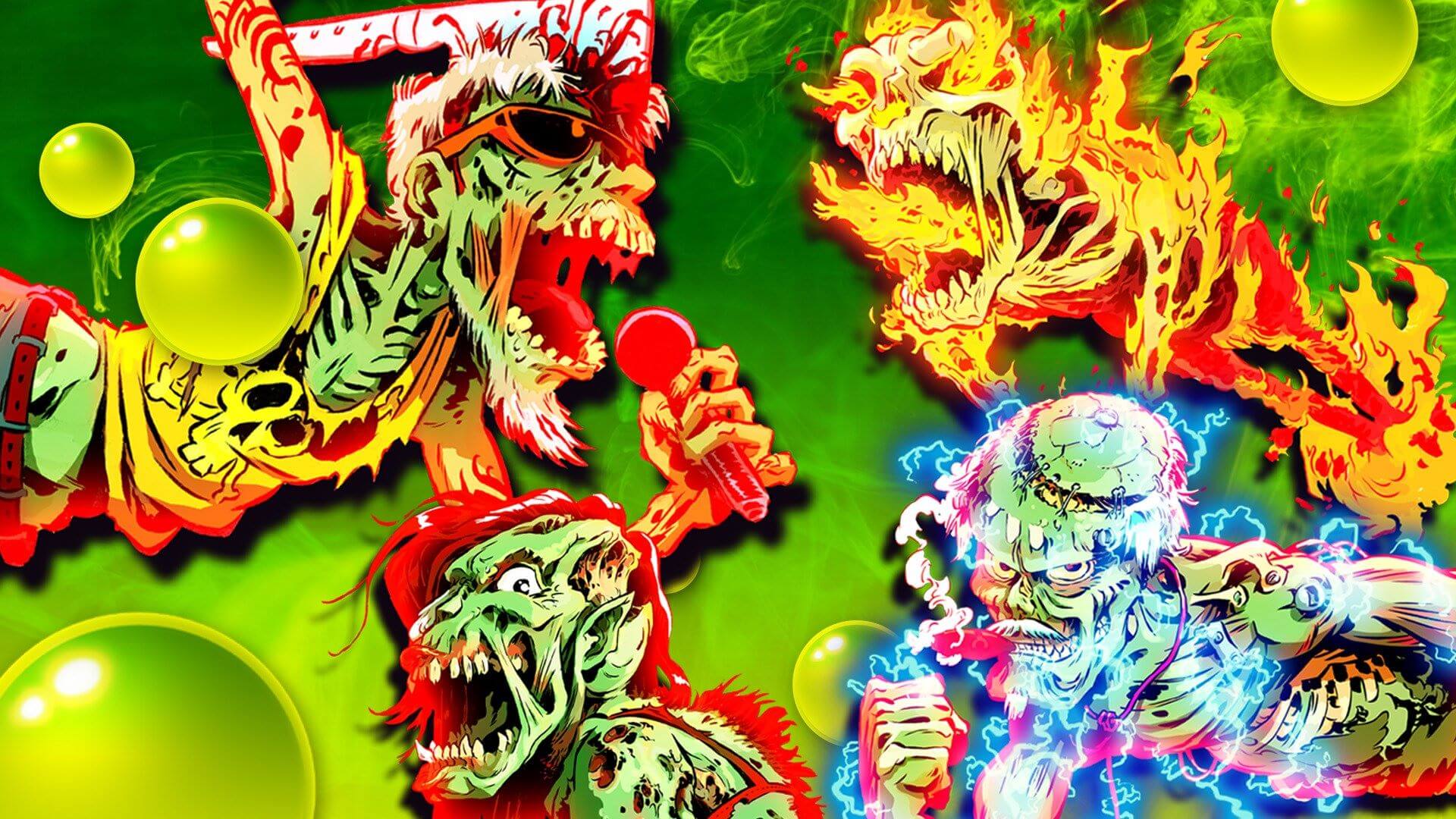 Review
This is the third game in a 'trilogy' of pinball tables created by Shine Research. Somehow, against all odds, the developer has managed to take it's buggy, barely working, bland, amateur and excruciatingly painful template and make it even worse than their previous 1/10 efforts.

Let's forget for a moment that these pinball tables are fundamentally broken - mispronounced voice overs, balls spawning outside of tables, multiballs which can be abused to completely break the scoring system, physics which are seemingly built on an RNG - and talk about the unique design principles of this reprehensible stinky carcass, aptly named Zombie Pinball.

First off, the table unlock scheme is ridiculous. Previously, you simply had to 'win' a table to move onto the next one, by lighting up all the ramps through multiple shots. This time, you can't 'complete' tables. You go through all the random modes until they recycle, which would be more akin to traditional pinball, with missions and a Wizard mode, except here every table has the same exact series of random modes to pick from. To unlock tables now, your score is homogenised into 'Blood Points' through some invisible algorithm, which are stored on your save and spent to unlock the tables. Well, not spent exactly - you reach a predetermined amount to unlock the next table. This means that instead of mastering a specific pinball table to unlock the next one, you mindlessly grind again and again doing the same thing on the same table until you have enough Blood Points to move on. *Yawn*.

Secondly, Shine Research commit the cardinal pinball sin: Playfield obfuscation. They cover up parts of the playable field with 2D artwork. Animated 2D artwork. As tall as the fucking screen. Want to see where your ball is travelling along a particular ramp? Well tough titties, because an undead's eyeball is dangling over that bit, completely obscuring it from view. I mean why? WHY? How in God's name could they have played it and thought "That's what we need! Shitty drawings covering up the table!"

Speaking of table design, the second table is the worst. Both the mission hole, requiring repeated hits to activate the many highscoring game modes and the only realistic way to keep multiballs going and head for the 100,000,000 points achievement, leads the ball straight back down the drain between the flippers. But don't worry, because you don't have to hit it dead on: It's encased in a little symmetrical curve, meaning you can easily access it from what would be a near-miss shot. So, instead of shooting straight for the target and draining the ball, you can shoot to the left and send it around the curve. This also drains the ball. Hit it around the right however, and you... Drain the ball. But it's ok! Outside of these are two ramps you can use to build up combos. Or you could, if they didn't drain the ball. Both of them.

So that's five essential shots you need to make on the second table, which all flush the ball straight down the shitter.

There's also a challenge mode which completionists should be aware of: A series of challenges created by a masochist in a bad mood, for putting in twice the effort that you normally would to complete a table in the normal mode. The very first challenge is also on the ball-draining (not in a good way) table I mention above. That's also the same table where the dangling eyeball will obscure your view.

Achievements
Incomprehensibly stupid. You'll have to unlock tables by playing the danger ones repeatedly, and complete the challenge mode, of which there are loads, and each one takes ages.

This is the worst of the three, but that's a little like picking which Gwyneth Paltrow* film you hate the most. The gaming equivalent of smearing shit on a child's face.


*Ethics statement: On the off-chance that Gwyneth reads this, I'd just like to say that your children also have stupid names.