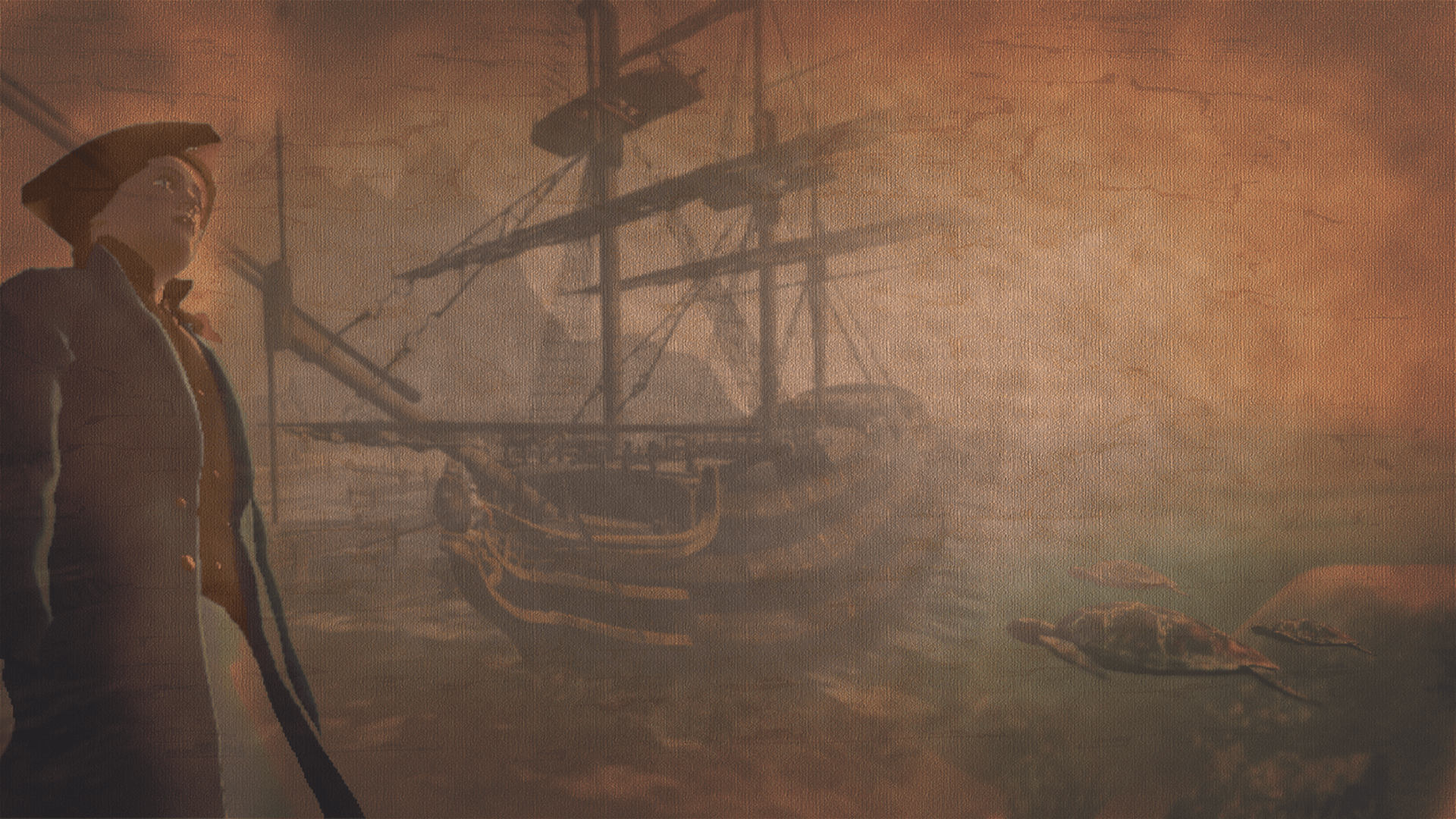 Without doubt, the worst Xbox Live Enabled game of all time.

Oh wow. What a horrible experience!

Now, the rest: A torturous "adventure" game which sees you playing a young would-be pirate child, running around a beach covered in Unity stock asset buildings. You're trying to find a turtle, which is sometimes also a bird, depending on which character you speak to. The assets have been dragged onto the sparse, hollowed out terrain generator of a game map without any respect for realism - buildings, for example, are comically oversized. There's no sense of scale - a hay cart which stands around the size of a house, and houses which stand two hundred feet tall. It's like Gulliver's fucking Kingdom, only you're the little person.

Between the unskippable fail-and-we'll-repeat-them cutscenes, you play from an atrocious third person camera angle which is zoomed in so far everything is difficult to see, and with literally no option to change either that, or the mouse control. Which is inverted by default. Because of course.

Turtle's Quest - which is also sometimes Turles Quest, should you be selecting a mission from the map screen - also graces us with some one-of-a-kind audio. Terrible, terrible voice acting and script, featuring Scandinavian developers trying to crack jokes in English, and completely forgettable music and effects. Thankfully you can mute it, because the subtitles take up half the screen.

Finally, I'll touch on the laughable gameplay: Fetch Quest! Then Sneak Quest (where you have to stand in a specific place which the game doesn't tell you)! Run through the checkpoints quest, where a slide mechanic is suddenly introduced at the exact moment you hit your first obstacle, thus having to restart! Crash to Desktop Quest! Freeze After Talking to NPC Quest!

My friends, a legend is born: This is, absolutely, without doubt, the worst Xbox Live Enabled game of all time.